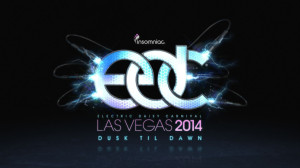 A 24 year old has died at the Electric Daisey Carnival, an EDM (electronic dance music) festival held in Las Vegas, Nevada. The man named Montgomery Tsang, collapsed in the festival’s parking lot. While it is believed that he died from a medical condition, an exact cause of death has not been released. The festival released the following statement:

“Today we learned some very tragic news, that after attending the festival a guest of the show has passed away. We are deeply saddened by this news, and hope that everyone will join us in keeping his family and friends in their thoughts during this very difficult time. Dance music fans pride themselves in being part of a loving community and, as we get ready to start the second night of the show, we ask everyone to help us keep this event safe. Look after your group of friends, utilize the buddy system, and if you see something, say something. No one should ever hesitate to ask any of our medical staff, public safety personnel or Insomniac staff for help, or call 911 in case of an emergency. One death is one too many, and we all must do our part to keep each other safe, healthy and happy, tonight and every night.”

This is the 2nd death at the festival since 2010, when a 15 year old concertgoer also died at the festival date in Los Angeles from a drug overdose. This years festival is expected to draw 140,000 people.

Taken from Consequence of Sound.