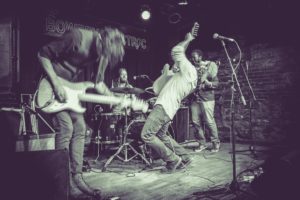 A Valley Son has released a new acoustic single titled “Warm Mexican Beer,” which you can check out below. After releasing their debut EP Sunset Park last year and the album But The World Moves, the band will be releasing six new singles for a new music series between now and the end of the year, with “Warm Mexican Beer” being one of the first songs in the series.