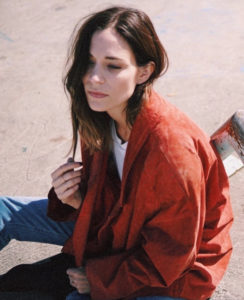 Munroe has released the music video for “Fake Out,” the new single from her 2017 album Oblivion.

Working with director Laura Maxwell, the song explores the themes of escaping life in a small North American factory town. Talking about working with Maxwell on the video, Munroe says, “I’m such a fan of her work as an artist, I trust her as a storyteller, so when she approached me about this video, I put myself entirely in her hands. It was the first narrative video for something of mine that I’ve been in – which had previously been an uncomfortable prospect for me. But I believe in Laura, and she approached it like a dreamy short film, which made it fun. From concept to execution, it was her vision. I went along for the ride.”