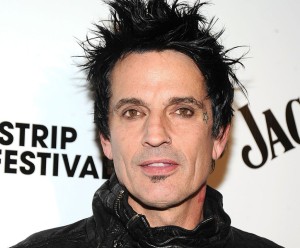 When speaking to Billboard about the process of recording drums for Monuments To An Elegy, the upcoming album from the Smashing Pumpkins, Tommy said that “these are like epic, goose-bump songs. It sounds like the first couple of Smashing Pumpkins records. I was fucking blown away.” Tommy also expects to release another LP with the band in 2015 titled Day For Night. As for describing the album’s sound, Tommy also had this to add “think: ‘guitars, guitars, guitars, and more guitars;’ but more so on the epic side of things than say, grossly metallic.”