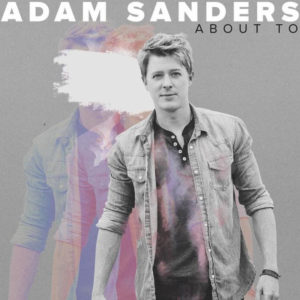 Adam Sanders has released his new single “About To” which has been added to the Hot Country playlist on Spotify. In addition to the single release, Sanders has also announced a short tour with Eric Paslay which you can see the dates for below. The tour kicks off on September 29th in Lincoln, Nebraska at the University of Nebraska at Lincoln at the East Campus Mall.