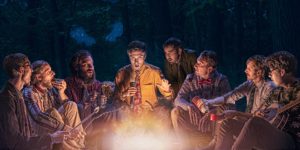 Chicago doom funk band Gramps the Vamp has released the music video for “The Cave of 10,000 Eyes,” the title track off of their upcoming record due out on October 18th. In addition to the video release, the group has also announced tour dates beginning on October 18th at The Whiskey in Fort Collins, CO. Check out both the video and dates below.