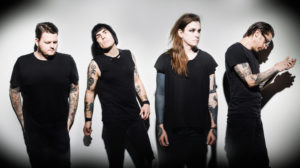 Against Me! has announced the 2 Nights, Four Records, and 48 Songs Tour, which you can see the dates for below. Set to begin on October 12th at The Fonda Theater and ending on October 25th in Baltimore, Maryland at Rams Head Live, the band will be performing two nights in each city playing their albums Searching For A Former Clarity, New Wave, White Crosses, and Transgender Dysphoria Blues in full. Chuck Ragan, toyGuitar, Dilly Dally, Chris Cresswell, and Cursive will all be opening bands on select dates. 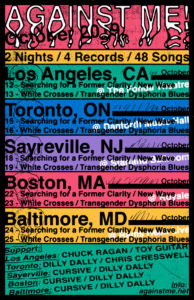