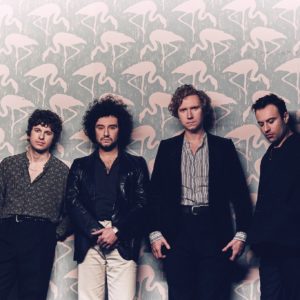 The Kooks will be heading out on a US tour beginning on February 11th in Oakland, California at the Fox Theater and ending on March 2nd in Annapolis, Maryland at Rams Head Live. The band will be hitting the road in support of their latest LP Let’s Go Sunshine. While the band’s November tour dates had to be rescheduled, they have been added to the new tour, with member Luke Pritchard saying, “Sorry if this has caused any inconvenience, but February is just around the corner and we are itching to get back and play to you all. Thanks for your patience and see you in February.”