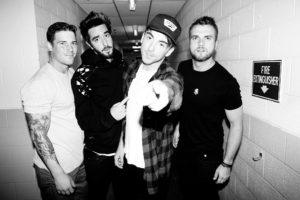 All Time Low and Pale Waves has released their new single “PMA” which stands for post modern anxiety. Releasing their last album Wake Up Sunshine in 2020, this is the first new music for the band since then. They have announced a tour with The Maine and Meet Me At The Alter which will be taking place later this year. Take a listen to the song below.