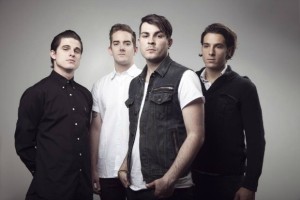 Anarbor have posted on Facebook that they will be releasing new music this year, which will be the bands first set of new songs since 2013’s Burn Out. Earlier last year, they were listed as an inactive band on the Hopless Records website. You can read a statement from the band below.

“Just wanted to give an update on everything I’ve been doing musically. Last year I started a new band called WLFPCK. We recorded two eps that were released throughout the year and we plan on releasing more as this new year rolls around. It’s been by far some of the best material I have been apart of and I can’t wait to see what the future holds for us. On another note, about 3 months ago I decided to start demoing for another ANARBOR record. Greg Garrity Adam Juwig and I have been working hard to put together a full length that will hopefully be released within the next few months independently. We will be doing the record with Matt Keller here in Arizona. No record label, no fancy producers, just us. I’m extremely excited to get some new material out for a band I’ve put some much hard work into over the past 9+ years of my life. Thanks for the support from friends and family with both of these projects. Hope to have new music out for you soon.”