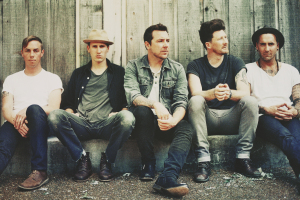 Anberlin will be reuniting for one night only to open up for Underoath on their upcoming Erase Me tour. The show will be on December 14th at the Yuengling Center in Tampa, Florida. Anberlin formed in 2007 and released their final album in 2014 titled Lowborn. Dance Gavin Dance, Crown The Empire, and The Plot In You will also be performing. This performance will mark Underoath’s first show in an arena as a headliner.