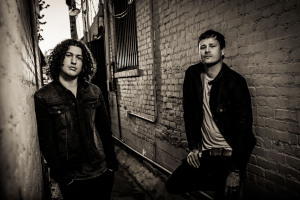 Angels and Airwaves have released a new song called “Paralyzed” off of their upcoming album The Dream Walker. In typical Angels and Airwaves fashion, the release of The Dream Walker will be more than just an album. It will also include an animated short film, comic book series, novels, and a live action film. The album and the rest of its components will be released in 2015, though an official release has not been set. You can listen to “Paralyzed” here.