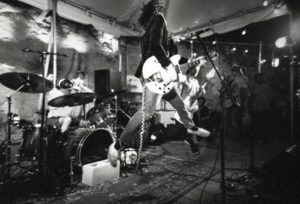 Philadelphia punk band Beach Slang will be releasing a new covers cassette tape titled Here, I Made This For You (Beach Slang Mixtape Volume 2.) As a preview to the release, the band has released the opening track, a cover of The Adverts song “Boring Teenagers” which you can listen to below. Aside from The Adverts, the tape will also include covers of songs by Candyskins, The Jesus and Mary Chain, and Tommy Keene. The tape will be out on February 10th.