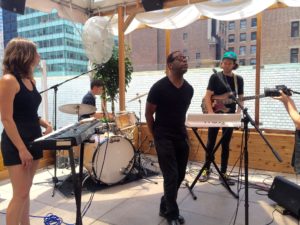 Blak Emoji has released his new song “Poison To Medicine” which you can check out below. The song will be the final preview to Emoji’s upcoming EP Intro, set to drop on January 20th. If you like what you hear and you are in New York City, Emoji will be having an album release show at Irving Plaza on January 27th. You can also pre-order the EP here.