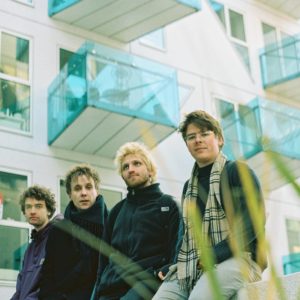 Denmark multi-instrumentalist Bear With Me has shared their new single “Looking For,” which you can listen to below. When discussing the inspiration behind the track, Bear With Me says, “I wrote the song after being hit by the fever for a couple of days. Suddenly the sun started shining a morning in a cold April and the birds started singing. I grabbed my mother’s guitar and went out in the garden. Having been unable to play for days and leaving it was such a relief to express myself. Originally the acoustic guitar and the vocal harmonies were the only elements in the song. We took the acoustic guitar out of the arrangement when we orchestrated the song as a band, but realized we missed this organic touch”.

His self-titled EP will be released in May 2019.