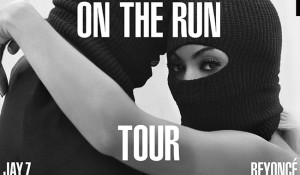 Beyonce and Jay Z have recently announced their 16 date joint stadium tour. The tour will be sponsored by Chase. Chase cardholders and members of the Beyonce fan club will have access to the pre sale starting tomorrow on April 29th at 10 am. The general sale will begin on May 1’st at 10 am.  $1 from each ticket will be donated to the Shawn Carter foundation, which provides scholarships to under served students, which is partnering with Beyonce’s #BEYGOOD initiative, which supports many charities. Tour dates are below.