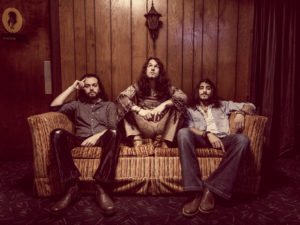 Ohio rock band Black Coffee has released the music video for their new single “I Barely Know Her,” which you can watch below. Shot at the Johnstown Opera House in Johnstown, Ohio, the track appears on the group’s debut album Take One. Talking about their musical style the band says, “we are a band that write, record, and play like it’s 1972. This album represents what we believe is real, raw music. No click tracks, no triggers, and no pitch correction. Just a bunch of hippies in a room.”