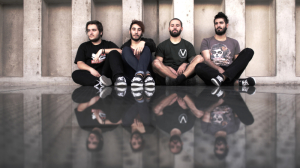 Greek progressive metal band Blindfold has signed with Imminence Records. In addition to the announcement of their new label signing, the band has also released their first single titled “Cyclic Patterns” off of their upcoming record The Universe We Live In set to be released in 2015. You can listen to “Cyclic Patterns” here.