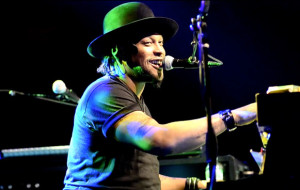 D’Angelo has released the first single off of his upcoming album Black Messiah called “Sugah Daddy.” The album is rumored to be released on December 16th. The track will available for free on Red Bull for the first 1,000 listeners. After that, the song will be streaming for everyone. You can listen to the song over at Soundcloud.

The track list for the album was also revealed during a recent listening party. A blurb discussing the album’s title can be found below. 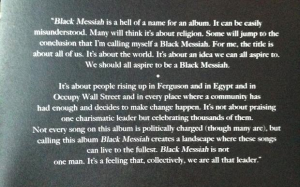