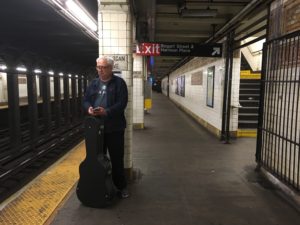 Petersburg, Indiana musician Brick Briscoe has released his new single “12X12,” ahead of his new album From Lucky Point to Père Lachaise, after a battle with cancer and traveling which inspired the album’s title. If you are in the Chicago or Indiana area this week and would like to attend one of Briscoe’s shows, he will be performing at Bokeh Lounge in Evansville, Indiana on July 19th and Montrose Saloon in Chicago on July 20th.