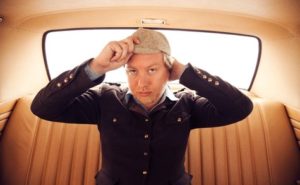 San Francisco singer-songwriter Garrett Pierce has released the acoustic-country infused track “Distant Thought” which you can check out below, via American Songwriter.

Describing the process and influences of his upcoming album Dusk (out on February 17th), Pierce says “When asked about my influences I’ve always been more apt to cite Richard Brautigan, John Steinbeck or Ernest Hemingway than a contemporary songwriter. But more recently, I’ve looked back on musicians who were able to combine poignant, dark lyrical content with a melodic backbone like Peter Gabriel, Paul Simon, and Joni Mitchell. The album has a story arch which benefits from unbroken listening. The first song begins in the crisp dawn air, and ends with me packing my bags at Dusk.”