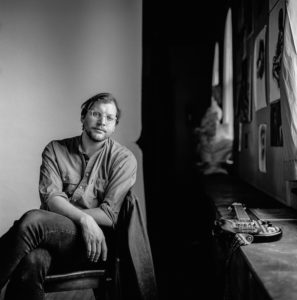 Carriers has released a new single from their upcoming album Now Is The Time For Loving Me, Yourself, And Everyone Else titled “Heaven’s People.” Talking about the track, front man Curt Kiser said “I wrote this song one winter after moving into a new apartment. This was the first place I lived alone and was able to make music without disturbing anyone. It was a very freeing experience. I started singing this song one night as a way of expressing the memory of my grandfather and the impact he had on my life. It’s me reflecting on my own life and the joy I have in being able to make music and sing about things that matter to me.”

Listen to to the song below, via Atwood Magazine. The album is out August 23rd.