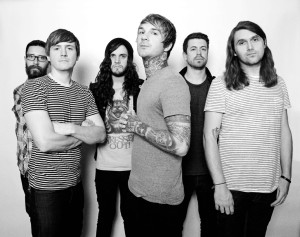 Chiodos will be co-headlining a tour with Blessthefall starting in July. The poster for the tour is below.  A statement from Bradley Bell of Chiodos and information about the tour is also below.

Chiodos has announced The Crowd Surf America co-headline tour with BlessTheFall. The tour will also feature special guests I Killed The Prom Queen and Capture The Crown and kicks off July 25th in Oklahoma City, OK and wraps up August 30th in Colombia, MO (tour dates below). A pre-sale launches today to purchase VIP and General Admission tickets at www.chiodos.net.
The VIP package will include:
One (1) General Admission Ticket
Chiodos Acoustic Performance
Meet and Greet and Photo Op with Chiodos
Limited Edition Flexi Disc with Chiodos Bonus Tracks, “R2ME2” and “Let Me Get You A Towel”
11×17 Tour Signed Poster
Souvenir Laminate w/ Lanyard
Download of Flexi Disc Songs

Bradley Bell of Chiodos comments, “Releasing our new album Devil has enabled us to headline and share both our new and old catalogue with our fans. It’s exciting to see our longtime fans and new ones join us on this journey. Our next endeavor is a co-headline run with our longtime friends BlessTheFall. We’re excited to share the stage with them again and the bands I Killed the Prom Queen and Capture the Crown. It’ll be the perfect way to end the summer.”
The band continues to tour in support of their latest studio album, Devil (out via the band’s new imprint drk/lght records in partnership with Razor & Tie) – iTunes Store (http://georiot.co/DEVIL). Devil debuted at #12 on the Billboard Top 200 Album Chart with more than 18,000 units sold. The album is produced by David Bottrill (Tool, Muse, Stone Sour) and mixed by Josh Wilbur. Devil finds founding front man Craig Owens and drummer Derrick Frost reunited with band members Bradley Bell, Pat Mcmanaman and Matt Goddard, as well as the first album to feature lead guitarist Thomas Erak (The Fall Of Troy). 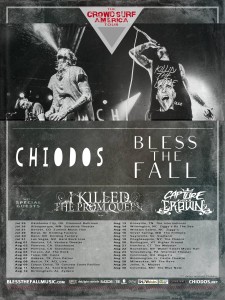