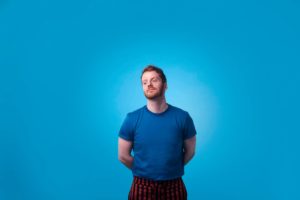 Ciaran Lavery has released his latest single “Selene,” which you can listen to below. Talking about the inspiration behind the song, Lavery says ““‘Selene‘ is an insight into the current path that I am on, giving myself the freedom to be the schmuck, the clown, the butt of the joke, without throwing my own heart or someone else’s under the bus for the sake of honest writing. I am getting closer to the centre of things, of the inevitable contradictions and hypocrisies within myself & sharing them for all to see, rather than playing the tired charade of the one dimensional sad guy with a guitar who wants kudos for airing his relationship failures in public & it being coined as ‘bravery.’”