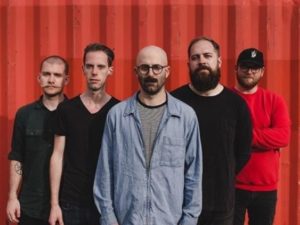 Citizens has shared the music video for their new single “Looking Up,” which you can watch below, via Baeble Music. The song will appear on the group’s new album Fear, out May 3rd. Funded entirely by Kickstarter, the band reached a funding of $62,000, which was $40,000 more than their original goal. You can catch the Seattle based band on tour this fall, as tour dates in support of Fear will be announced.