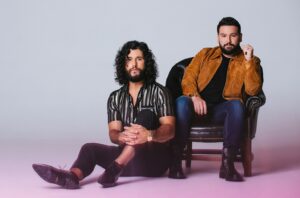 Dan and Shay has officially dropped their holiday single “Officially Christmas” which you can check out below. The Nashville based duo is currently wrapping up the last few dates of their tour, which was rescheduled due to COVID-19. It was their biggest tour to date since releasing their debut album Where It All Began in 2014.