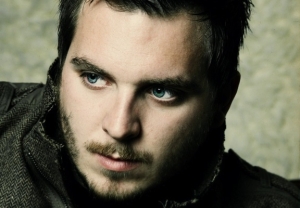 Dustin Kensrue has entered the studio to record the followup to his 2007 album Please Come Home. You can read a press release below.

November 13, 2014 – Singer, songwriter and guitarist DUSTIN KENSRUE has entered the studio and is currently recording the long anticipated follow-up to his 2007 solo debut, Please Come Home. The new album is expected to be released next spring on Staple Records/Vagrant Records. Kensrue, known for his dynamic solo performances and as frontman for Southern California rock band Thrice, is engineering and producing the record on his own.

“Recording right now is for me the end of a long distilling process,” said Kensrue. “I always have bits and pieces of songs that are bouncing around in my head. I usually record them and listen back later, and most of the time I can’t remember why I even bothered to record them in the first place. But then there are the tunes that stick – the ones I find running over and over through my head, demanding to be finished. Begging for a home. The most persistent of these tunes from the past 8 years are what I’m busy recording right now, and there’s nothing I’d rather be doing.”

Kensrue’s 2008 Christmas music album This Good Night Is Still Everywhere will see a limited edition colored vinyl re-release on December 9, 2014. Each vinyl purchase will also include a free, instant download of a brand new cover of the Christmas classic, “O Little Town of Bethlehem.” The song will also be available for individual download through all digital retailers beginning November 18th. Fans can hear a stream of the song here: http://youtu.be/7uc9pfgphug

On November 26th, Kensrue will be performing at the 5th annual Thanksgiving concert, The Stuffing, in Atlanta, Georgia with Manchester Orchestra and O’Brother and more. Following that, the 2014 edition of the ‘Where’s The Band?’ tour will kick off in mid-December. See dates and ticket links below.

Kensrue has also recently been confirmed to perform at the 2015 South By Southwest Music and Media Festival in Austin, Texas next March.