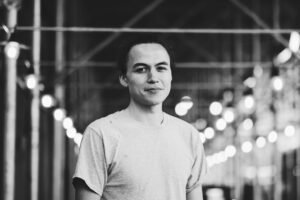 Eddy Marshall, a native Virginian turned New Yorker, has released his new single “Gabby,” which you can check out below. Talking about the formation of the song, Marshall says, “I woke up humming the first line of this song one morning and spent the entire rest of the day sitting in bed expanding upon just that idea. “I have no idea where it came from, but every time I wake up now I check to see if I have a melody in the back of my head.”

Marshall released his first EP back in 2015 and in the middle of the pandemic he has also released another new track appropriately titled “Distance.”