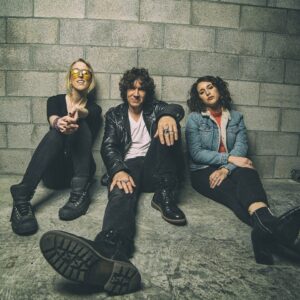 Nashville rock band Gooding has released the music video for “Crashing Down,” which you can check out below. The group recently released their new album The Most Fire on December 31’st. It is the third LP the band has put out within the past year, which include Mayday in August and The Darkest Hours in October. As with the first two albums, The Most Fire was written in a basement studio to COVID-19 quarantine.