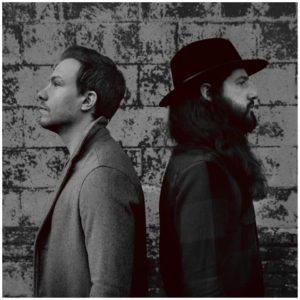 Despite coming from varied musical backgrounds, Chicago’s new country duo Edward and Graham has released a quiet hit with the track “Menomonee Road.” While member Evan Graham Dunn has been a part of the metal band Alaya for many years, he has been collaborating with fellow Edward and Graham guitarist Johnny Edward on his solo releases for years. While it seems like the two musicians would be an odd pairing for Edward and Graham’s style of music, the most noticeable aspect of the song is how both players can switch between various genres and give old listeners a fresh perspective on their abilities. With a strong chorus and banjo licks that become lodged in your head, “Menomonee Road” becomes a difficult song to forget. Hopefully, this will be the first in a string of hits for the group as they get started on their newest musical venture.

Listen to “Menomonee Road” below.