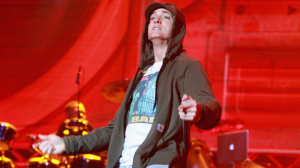 Eminem’s new mixtape Shady XV, which collects two CD’s worth of music to celebrate the 15th anniversary of Shady Records, is coming out November 24th, but the rapper wants to give his fans something more. He is giving away a new mixtape called Shady Classics for free, featuring 68 tracks curated by DJ Whoo Kid. Shady Classics features songs not on the first release, and will include Eminem freestyling, featured verses, D12 cuts, and over fifty 50 Cent recordings. You can stream or download Shady Classics over at Datpiff.