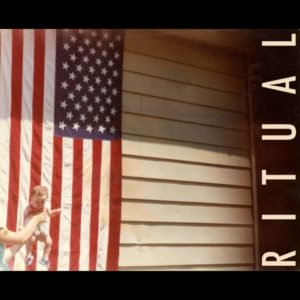 Dropping their first release in seven years with their EP Ritual, East Coast post-hardcore band Envy on The Coast has released a collection of six tracks that remind listeners why the band which is currently a duo, were so influential in the first place. Putting out their last record Lowcounty in 2010, the band hasn’t put out anything in almost a decade, leaving the group dormant to work on other projects. It wasn’t until front man Ryan Hunter and guitarist and keyboardist Bryan Byrne began performing some of the group’s old tunes at a few reunion shows, that the idea of ending the band’s hiatus began to take shape.

Opening with “Manic State Park,” the band takes on much the same style and sound as before, and fans will be pleased to see that such an eclectic band is back. With tight instrumentation and great vocals from Hunter, the groups catchy style is immediately engrossing. “Lioness” is a darker track that brings to the forefront the group’s harder edged sound, bringing together the musical elements of post-hardcore music such as the aggression of punk rock while still freely exploring music’s endless creativity. With a heavy bass line played by Hunter, this gives the song a pounding feel as the guitars come to the forefront.

Ending the record is “Sift,” a strong ending to a satisfying Envy on The Coast album. On Ritual, the band presents fans with plenty of new sounds while making sure that fans discover something new with each listen, making Envy on The Coast feel like an underrated but still heavily influential act.

Listen to “Manic State Park” below.