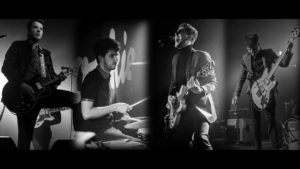 British indie band Escapade has released a new single titled “Take My Love,” which you can listen to below. With influences from Oasis, Kasbian, and The Stone Roses, the band recently had success competing in Soundwaves Music Competition and performing in front of a sold out crowd at O2 Academy Birmingham.