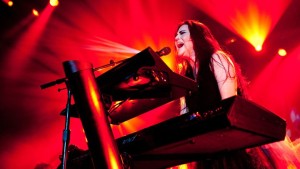 Evanescence have announced three shows starting in November. The band has been on a hiatus since 2012, one year after they released their self-titled album. You can see the dates below.