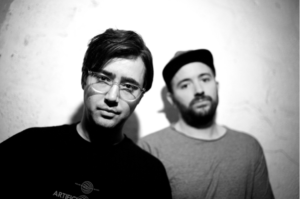 British indie duo Exit Kid has dropped the music video for their new single “Hell In A Handcart,” which you can check out below. Talking about the track, front man Emre Turkman states, “Handcart is quite an old song, written on our US tour a few years back,” explains Emre. “It’s the only song I’ve ever written on a bass guitar and was built around the stuttering riff. I was trying to be Kim Deal. It was later recorded in London in a day. We believe in recording everything quickly. Life is short.”

The duo will be performing a headlining show on April 7th in London at The Shacklewell Arms.