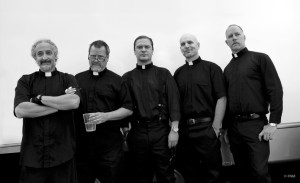 Faith No More will be releasing their first album in 18 years in 2015. The album, which is currently untitled, is being recorded in Oakland, California with the bands bassist Bill Gould producing the record. Over the summer, the band premiered the song “Motherfucker”, at a show in London, England. The group will be following the records release with a worldwide tour.