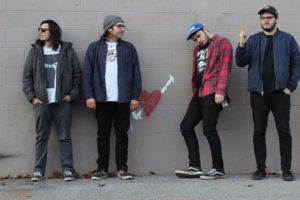 Free Throw has released a music video for the single “Randy, I Am the Liquor” which you can check out below. The song appears on the group’s last release Bear Your Mind, which came out in May on Triple Crown Records. The band will supporting the album on their upcoming tour with Trophy Eyes, Grayscale, and Head North. You can see the full list of dates here.