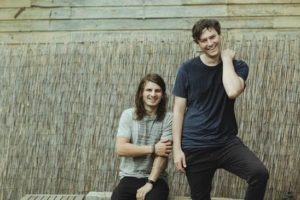 The Front Bottoms has released the music video for their latest single “Raining” off of their upcoming album Going Grey, due out on October 13th. The video was exclusively premiered on The Fader. Pre-orders for the LP will begin on September 8th. To support the record the band will also be heading out on tour with Basement and Bad Bad Hats, which is set to start on October 19th at The House of Blues in Boston, MA and wrapping up on November 5th in New York City at Terminal 5.

Check out the video and tour dates below.