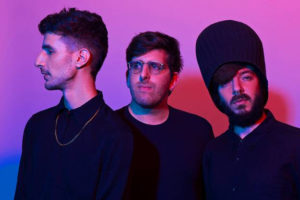 Electronic music trio Garden City Movement has dropped their new single “Foreign Affair,” which you can check out below. Releasing their new record Apollonia on March 16th, the group has always announced a tour across Europe beginning on March 19th in Hamburg, Germany at Hakken and wrapping up on April 5th in Barcelona, Spain at Razzmatazz3. The full list of dates are below.