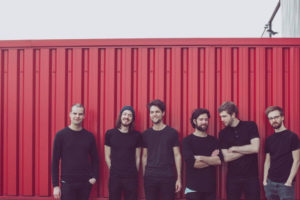 Geppetto and the Whales have released the music video for their calming new single “Faust,” which you can watch below. Talking about the song guitarist Alexander Sterkens says, “Too much wind kills the spark, too few no flame. An excerpt from Faust, which I wrote when I was sixteen, playing with matches at my old home. Ultimately the second half of the line was omitted, but the idea behind the lyrics stayed the same: how much do you have to give, and how much may you take in order to maintain relationships. Michiel Venmans used this anecdote as the starting point for the clip. We see a young boy wandering, looking for answers revolving around the balance between adolescence and adulthood.”

The band will be dropping their sophmore album Passages tomorrow.