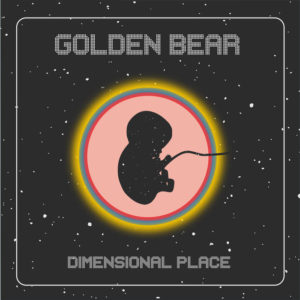 Austin, Texas pop-soul band Golden Bear has released their latest album Dimensional Place, an eight song record that brings lighter tones and soul influenced sounds to the Austin music scene. While there is plenty of music to discover in the Live Music Capital, Golden Bear has the chance of drawing a large audience outside of the city with their gleaming new record. Dimensional Place is the follow up to 2011’s Alive, and was recorded over the course of three years in the bands studio.

Kicking off with “Let My Love Come Down” with new lead vocalist Kate Daniel lending her R&B tinged voice to the feel good track, we notice that there is something different about Golden Bear which sets them apart from other local acts. With a much lighter sound, the group makes it clear that R&B and soul is the direction that they want to take their music in, while not abandoning their pop sprinklings.

“Whole Nuthr Level” is a jazzy slow ballad that longtime fans of the group will love for its subtle emotion that brings Golden Bear’s sound full circle. After listening to this track, we come to the conclusion that Golden Bear are a band that are in their own category when discussing Austin music. Everything fits, and everything is perfect.

“Heartdancer” is the final selection on Dimensional Place. It’s old-school computer sound effects during the intro makes the song a unique choice to include on the record. Not verging to far from the previous songs style, on “Heartdancer,” we hear hints of pop inspired guitar riffs that only adds to the bands infectiousness.

After listening, we feel that Dimensional Place is plain brilliance, as each song feels large and full of life, with a unique nod to how many great bands Austin has within the city.

Listen to “Let My Love Come Down” below.