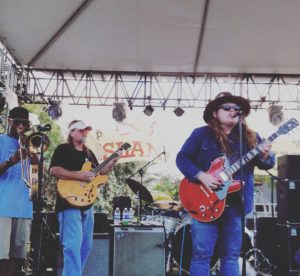 Gov’t Mule will be heading out on tour with Eric Krasno and Soulive beginning on March 3rd at MontBleu Resort in Lake Tahoe, NV. Check out the dates below to see when the band will be coming to your city. Every ticket purchased will come with a digital copy of Gov’t mule’s upcoming record dropping in September.