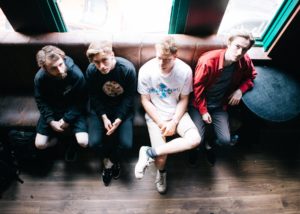 UK pop punk band Homebound has released their new single titled “Indelible,” which you can check out below. The group will be dropping their new EP More To Me Than Misery, out on August 17th. Talking about the song the band says, “Indelible” is notably one of the slower and softer songs we’ve ever written, but one we’ve been excited to release. Taking influence from the word’s meaning, it highlights the significance of people and how their actions can leave a lasting impression on others for better or for worse. We spend so much time looking back that we often stop moving forward, where we can begin to leave our own mark on life.”

“Indelible” follows the singles “Coming Clean” and “Change of Heart.”