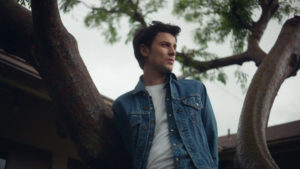 James Bay has surprised fans with a new EP today titled Oh My Messy Mind, featuring his latest single “Bad.” Talking about the release of the EP Bay has said,  “I regularly write things down in a stream of consciousness to empty my head. Oh My Messy Mind is a line I wrote on a particularly dark day a little while ago. It seemed to reflect a weight that I felt I was carrying at the time, and that comes back now and again. The songwriting that followed was me looking for a release. With Bad and the other songs on the EP I wanted to be honest about some of my own stories and other stories I was being pulled into. Bad is a break up song, it’s just not my break up.”  Oh My Messy Mind can be streamed below.

With a string of appearances coming up, Bay will be performing on The Artists Den on May 13th at a secret location in New York City. Fans can win entry to the performance here, in addition to performing “Bad” for the first time on The Late Show With Stephen Colbert on May 16th.