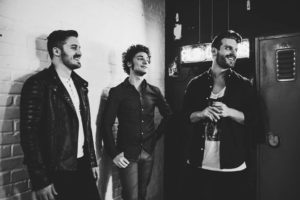 Canadian indie rock band James Blonde has dropped their new song “Heartbreak” which you can check out below. Performing at festivals such as Edgefest and opening for artists such as Weezer, The Arkells, and Serena Ryder, the band released their self-titled debut album last year.