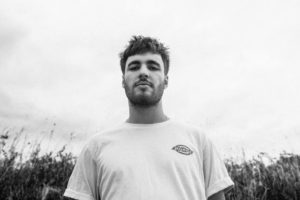 Bristol, England singer James Humphrys has dropped his latest single “All The Same,” from his upcoming EP Memory Palace. Releasing his debut EP Sun Mantra in 2017, Humphrys wrote his latest work off the coast of the US state Alaska during his time working on a cruise ship as a musician, before moving on to officially record it at Numen Studios in Addelstone, England. Memory Palace will be out July 10th.