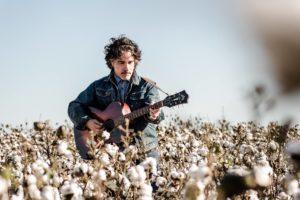 John Oates has released his new single “Arkansas,” which you can see the music video for below. Releasing the LP with his group Good Road Band, it is the followup to Oates’ 2014 effort Good Road To Follow. Talking about the inspiration behind the record, Oates’ says, “I was invited to go to Wilson, Arkansas, and was inspired by the landscape where the cotton fields line the Mississippi River shore. My entire musical life has been influenced by the music that has flowed up that river from New Orleans through the Delta, and has had such an important sonic and cultural impact on America. It occurred to me that Arkansas was the last rural stop on the musical journey northward. I wanted both the song and video to reflect that.”

Arkansas is out February 2nd.