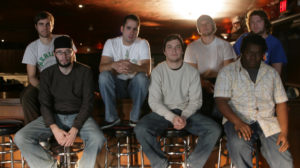 Streelight Manifesto will be performing a 20th anniversary show celebrating the start of their career by performing the album Keasby Nights by their old band Catch 22. You can read an announcement from the band on Facebook about the performance. The show is on May 5th at the Pine Belt Arena in Tom’s River, NJ. Tickets go on sale this Friday.