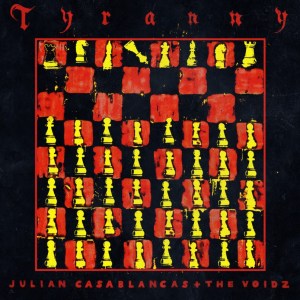 Julian Casablancas, the front man of The Strokes, will be releasing his new solo album Tyranny  with his band The Voidz on September 23rd. Preorder’s for the album are going for the price of $3.87. To celebrate the album’s release, Julian has released a five minute video with tour footage and clips of new songs which you can watch here. Lastly, new tour dates for the band have been released. Dates can be found below.