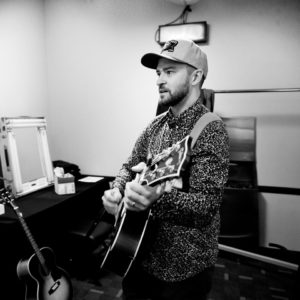 Justin Timberlake has released the music video for “Say Something,” featuring Chris Stapleton, which you can check out below. The track comes off Timberlake’s upcoming record Man of the Woods. Dubbed as his first country album, this song is definitely different then what the former N’Sync member has released in the past. What do you think? Tell us in the comments!